Anyone catch the game last night?

The video review system SUCKS, way too slow to review and make a decision. 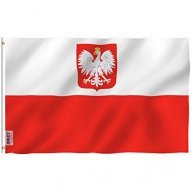 No I watched it Live yesterday morning though.

I actually found it a decent game and the video reply didn't bother me all that much.

I see that Ronaldo is still a whiny bitch twat.

And love watching Chicharito.
Love his energy and enthusiasm out there.

Video is going to turn this into hockey, everything reviewed. Slows things down, get rid of it. Guys like Rene and Walks never make a mistake. I say go with what the officials say.
Reactions: Walks and Regs

The time it takes to make a decision with the VAR sucks. Slows the game down but we're just getting used to system. We might like it a few years down the road. We'll see the linesmen just leave their flags down on close offside calls from now on though because if they flag for off-side and a legitimate goal scoring opportunity gets stopped then that would be worse than leaving their flags down, letting the team score and then have it ruled offside by the VAR. Does that make sense?

There will be huge emotional roller coasters with this new system. Kind of takes away from the game a bit but maybe the game needs a little tweaking?