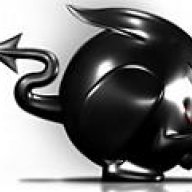 Location
High in the sky

Reminiscent of the nutters at Stamford Bridge

That's your best 'find' to date. I needed a good laff. Ta!

She can dig it.

A scouser walked into the local job centre, marched straight up to the
counter and said

The man behind the counter replied

"Your timing is amazing! We've just got a listing from a very wealthy man who wants a chauffeur / bodyguard for his nympho daughter. You'll have to drive around in a big black mercedes, uniform provided. Because of the long hours of this job meals will also be provided and you will also be required to escort the young lady on her overseas holidays. The salary package is 200,000 a year".

The scouser said "You're bullsh*tt*ng me!"

The man behind the counter said "Well you f*ckin' started it!"
F

An Englishman, a Scotsman and an Irishman were chatting in the pub.

The Englishman said "I found 20 fags under my daughter's bed, I didn't know she smoked."

The Scotsman said "I found half a bottle of Bell's Whisky under my daughter's bed, I didn't know she drank."

The Irishman replied "I found a packet of condoms under my daughter's bed, I did'nt know she had a willy."
F

An Essex girl walks into the local dry cleaners. She places a garment onthe counter "I'll be back tomorrow afternoon to pick up my dress." she says.

"No" she replies. "This time it's mayonnaise

Medic: It's OK I'm a paramedic and I'm going to ask you some
questions?

Medic: OK Sharon, is this your car?

Medic: Where are you bleeding from?

An Essex girl was driving down the A13 when her car phone rang.
It was her boyfriend, urgently warning her,

"Treacle, I just heard on the news that there's a car going the wrong way on the A13. Please be careful!

"It's not just one car!" said the Essex girl, "There's hundreds of them!"

Another Essex girl was involved in a serious crash; there's blood
everywhere. The paramedics arrive and drag the girl out of the car
till she's lying flat out on the floor.

Medic: OK, I'm going to check if you're concussed.

Medic: Ok the how many fingers am I putting up?

Three Scotsman and three Englishmen are traveling by train to a football match in London. At the station, the three English each buy a ticket and watch as the three Scots buy just one ticket between them.

"How are the three of you going to travel on only one ticket?" asks one of the English. "Watch and learn," answers one of the Scots.

They all board the train. The English take their respective seats but all three Scots cram into a toilet and close the door behind them.

Shortly after the train has departed, the conductor arrives to collect the tickets.

He knocks on the toilet door and says, "Ticket please."

The door opens just a crack and a single arm emerges with a ticket in hand. The conductor takes it and moves on.

The English are mightily impressed by this, so after the game, they decide to copy the Irish (like always) on the return trip and save some money.

When they get to the station, they buy a single ticket for the return trip ...

To their astonishment, the Scots don't buy a ticket at all !!

"How are you going to travel without a ticket?" asks one perplexed English.

When they board the train the three Scots cram into a toilet and soon after the three English pile into another nearby.

Shortly afterwards, one of the Scots leaves the toilet and sneaks across to the toilet where the English are hiding.


But where do the Irish fit into it? What toilet are they in?