To our extended Soccer family

It is with deep regret that we announce the sad news of the passing of John Jukes, a Director of the Metro Women’s Soccer League. John passed away at home in North Vancouver.

Memorial services are being planned for August.

John became a Director of the Metro Women’s Soccer League in 1988. He was an integral part of the league for many years and helped to build the league from 50 teams to over 200. Before the internet, there was John. From early on John was the “go to” person for information about the league. He fielded calls and inquiries, helped numerous teams start up and develop and found teams for many new players. At one time he did just about everything for the league. John worked tirelessly behind the scenes to ensure the smooth running of the league, spending endless hours doing up cards, reports, phoning teams, players and referees.
He was a tireless advocate for the referees and attended the
Vancouver Referee Association meetings for many years as a representative of the League. John was truly an unsung hero of
the women’s game!! He will be missed.

Our deepest sympathies go out to the Jukes family.

Very sad news indeed. He was always interested in having a conversation. RIP, John, and my condolensces go out to the Jukes family.
F

Location
Hmmm. Anyone got GPS?

I started my MWSL experience in 1996. By that time John had already been involved for several years, as a coach and then an administrator. There were many people who gave a lot to see the MWSL thrive, and John was one of the most giving. I had the pleasure of serving four years with John on the board. He didn't have a political bone in his body I don't think, but he was in that office more than anyone making cards, reviewing reports, answering calls. He single-handedly formed several teams simply by taking phone calls and emails from women looking for a place to play. He didn't coach these teams, he just took the time to put groups of like-minded, geographically-close players together and show them how to do it. In an era where many people in our soccer community are getting paid for doing much less, John was a throwback to a volunteer era, a man who put the game and the players above all else. 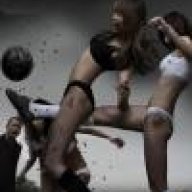 John coached as well. When I decided that I wanted to actually try and play a sport I loved to watch, it was John who responded to an email I sent trying to get some information. Within one week I had a card made up and was playing on his team; all thanks to his hard work and dedication.

John had a wonderful spirit and was always willing to go above and beyond for the MWSL. He will be deeply missed.

This weekend MWSL is asking that all players, coaches and spectators observe a moment of silence for long time board member of MWSL John Jukes and Surdel Girls Soccer player Laura Szendrai.

Surdel Girls Soccer Club wishes to honor the memory of Laura Szendrei at the commencement of all our games on Sunday, October 3, 2010. We are requesting all our home and away games observe a moment of silence to honor Laura's memory. We request the teams players, coaches and officials respect and participate in such an honoring for a soccer player that was dedicated, committed and a valuable member of our club. Players may choose to wear a black arm band on this day to play their game in memory of Laura. Our thoughts and prayers are extended to Laura's family.