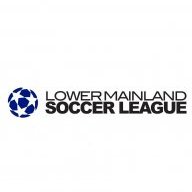 Active (Full) Membership in the Adult League category has been approved by the British Columbia Soccer Membership Committee!!! 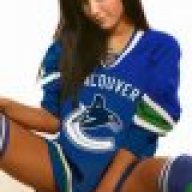 LMSL said:
Active (Full) Membership in the Adult League category has been approved by the British Columbia Soccer Membership Committee!!!
Click to expand...

I read the little blurb on your website but remain a little confused. I'm all for finding alternatives to these ridiculous fines but is there really room for another league?
Reactions: Regs

Got to echo bulljive's comments. I read the description on your website (which is impossible to find by the way, something you may want to address-even the most excellenct site comes up right away when googled) and it is in fact somewhat confusing.

You say you want to form a league for young players who played lower level youth soccer (silver, house, etc.), which is certainly amicable. Then in the same breath you talk about having a Div. 1 league and Provincial Cup berths at all levels.

I must admit I think a league offering greater accessibility to players who do not play at a high level is a great idea. However, you certainly won't be competing for Provincial titles with that model. You also seem to be outwardly opposed to fining teams when "life gets in the way", which one assumes is referring to when teams forfeit because they cannot field a team, which is all well and good, but isn't that concept more of a recreational drop-in soccer type format, as opposed to one that should be rewarding teams with Provincial cups spots? Certainly if you forfeit your Provincial cup games you will be fined.

Another concern might be, what is to stop a team from coming into this lower tiered league with serious players and taking advantage of the relaxed rules and walking to a Provincial cup berth. How much fun will that be for the recreational players who the league was supposedly created to benefit? Does that not simply lead us into the same cycle the league was designed to break?

So I guess to sum up my questions it boils down to: If you are going to be a league that offers an opportunity to compete for the Provincial cup how can you be serving the market of less competitive "recreational" players? Are you not simply sitting down at the same table that already exists and trying to spread the same amount of food across more plates?

Looking forward to your response and some more information. Best of luck with the new league!