This will be an interesting fight. The Nose won his last fight big time, but the question is, why? Did he receive a huge VMSL versus FVSL support? Was it the "without papers" support? Or maybe there are a lot more poetry afficianados on TTP than I previously thought.

This will be Guinness' first non-Croatian foe. Although I don't think Croat factor is of any importance anymore. It is obvious that they are gearing up for the second most important tourney this summer and are no longer interested in this one.

Sorry wee man, The Nose will blow you away. 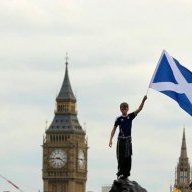 Remember, my vote is in no way reflected by the fact that I will be eating your well cooked grub at the big "Summer Iron Chef Cook-off"

Be ready for the secret ingredient! 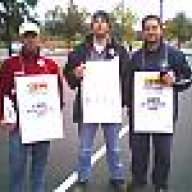 Jimmy holiday,
If I dont get my request for a poem within 24hours, I will change my vote.
H

What is more Irritating

There's Guinness and all his RA-RA Slurry banter

There's Jimmy and his Backroom and Elite crap that is killing the I-tal threads, the threads were crap to begin with, now it's getting stupid. By the way, I know what you are talking about and who you are, be afraid of the HOS.

Jimmy you get the vote due to Glory Days gone by at Cap College.

Jimmy by a nose

This would be great, Guinness is on the bench popping off as usual, finally Jimmy has had enough, walks off the pitch shoves poor Guinness off the bench, picks up the bench, and gives the muppet a bench bashing

Sorry Guinness I tried. I guess you burned to many benches.....

Can't win them all
J

Guinness,Lucky charms are magically delicious
One round with Jimmy and you'll be swimming with the fishes

I'll run you so ragged,your mouth will be open like a bass
Thanks for the vote CDK,so Knvb,your the big JACKASS

The luck of the Irish for you Guinness, has run out
Jimmy in one round,is there really any doubt!

Over before i finish a pint of Guinness 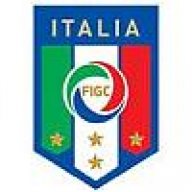 The only reason I voted for that bastard Irish Potato is because he voted for me in my battle vs Jimmy...........and, he sends some pretty decent emails Keep'em coming biatch! 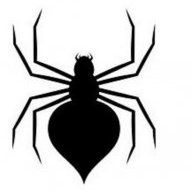 Location
On the fence.

Jimmy, that's two !
And don't ever use my name in vein
"Jackass"

Guinness is going DOWN! I came upstairs to see where my husband disappears to for HOURS at a time....and he's here posting messages all night!

Now the only way to spend time with him is to sit here and post, too!

Jimmy "the nose" wins hands down; then we'll see who can take on

Guinness voted against me last time against ThePutz. Naturally, I have to go with Murdo's brother, "The Nose".

Theputz? Surely you can do better then that. Sid has come up with better ones.

You fought an admirable battle vs. TheRob, but you couldn't just win and move on. You had to open your trap and start chirping. Listen here Captain, don't fcuk with TheRob. Have you ever been to the valley? Do you know what we do with mouthy city folk? Ask around, figure it out, and then decide if you want to start something here.

I will avenge Buckfast. 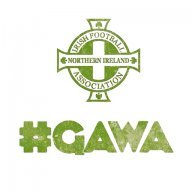 I go to Vegas for a week and Bammmmm!!!
Every wee bastard (no offence Cainy) and red headed step child on here (again Cains no offence) desides to bash the fcuk outta moi??? You bastards!!! Zaurrini and TheRob you back stabbing wannabe Horsemen, Eat a big fat Dcik!!! I'll remember that...
As for Jimmy "The Nose" Holiday, Bring it on Wopolla... I gots a right, then a left and then six studs flying tackle to your groin... Nasty I know, but when you fight a wop, you gotta do what ya gotta do... you may have a few inches on me, but I'll use that bench to my advantage and look down on you...
Finishing move "A bicycle kick to that rather large schnazz"... Jimmy going down in the 5th...

BTW, your wee poems are entertaining but show your soft feminan side that I will attack and take full advantage of (like I do to Missus Zaurrini)

Oh shite...it has started. Mrs. Dude-where'smycar? has threatened to open an account too.

Gotta go with Jimmy the Nose. Seems to me he's a true Italian, who has two advantages.

First, he was probably raised on Rocky movies, and feels this is the summit of the "steps" he's been climbing all these years, and won't give in- no matter what.

Second, he can always pull in some "favors" from the I-tie community.

I am extremely disapointed in your dicision to reveal my true identity... hopefully this website is not being monitored by the Pentigon or the FBI I do have info that they are seeking...

Ooops he did it again.

I already told him he is on to the semi-finals.