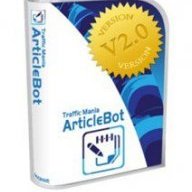 Steven Gerrard blames a reduced role at Liverpool for his decision to leave the club at season's end.

Gerrard, who will depart Anfield and join the Los Angeles Galaxy of Major League Soccer, has only started 23 of Liverpool's 36 league matches, appearing as a substitute on four occasions.

"I think the signs this year were that I'm going to become a squad player, play less," Gerrard told Talk Sport. "I'm going to come on as a sub and the buzz changes. It's not a selfish thing; coming on as a sub is just not the same buzz so things have changed this year."

The Liverpool captain continues to be one of the team's top scorers - a skill that should translate nicely in the North American game - but says his mind was made up after a meeting with manager Brendan Rodgers.

"When a manager gets you into the office and says that's going to change and it's going to become more limited - that's when you make your decision.

"For me, I go to work on a Monday morning and I look forward to Saturday, to prepare to go to battle with some wonderful people - with good mates - and that's my buzz."

The 34-year-old has just two games remaining with Liverpool - the club he made his Premier League debut with in 1998 - and will be greeted with a guard of honour during his final match at Anfield on Saturday.

His final match will be an away fixture against Stoke City on May 24.