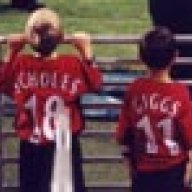 At a recent U2 concert in Glasgow, Scotland, Bono, lead singer of the rock band U2 asked the audience for total quiet.

Then, in the silence, he started to slowly clap his hands, once every few seconds.

Holding the audience in total silence, he said into the microphone, "Every time I clap my hands, a child in Africa dies."

A voice with a broad Scottish accent from the front of the crowd pierced the quiet... "Well, foockin stop doin' it then, ya evil bastard!" 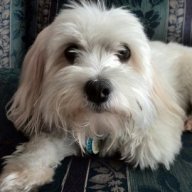 It was the first day of a school in USA and a new Indian student named Chandrasekhar Subramanian entered the fourth grade.

The teacher said, 'Let's begin by reviewing some American History.
Who said 'Give me Liberty, or give me Death'?

She saw a sea of blank faces, except for Chandrasekhar, who had his hand up:

Again, no response except from Chandrasekhar.

The teacher snapped at the class, 'Class, you should be ashamed.
Chandrasekhar, who is new to our country, knows more about its history than you do.'
She heard a loud whisper: 'F**k the Indians,'

'Who said that?' she demanded.
Chandrasekhar put his hand up. 'General Custer, 1862.'

At that point, a student in the back said,
'I'm gonna puke.'
The teacher glares around and asks 'All right! Now, who said that?'

Now furious, another student yells, 'Oh yeah? Suck this!'
Chandrasekhar jumps out of his chair waving his hand and shouts to the teacher ,

Now with almost mob hysteria someone said 'You little shite. If you say anything else, I'll kill you.'

Chandrasekhar frantically yells at the top of his voice, 'Michael Jackson to the child witnesses
testifying against him- 2004.'

The teacher fainted. And as the class gathered around the teacher on the floor,
someone said, 'Oh sh*t, we're f**ked!'