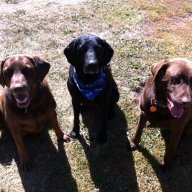 The Milk Bar was ghey.

It's TR's weird dream and love affair, and we know he won't party the way he should party, but nonetheless, we should let him have this.

I'd still go to the Milk Bar first before actually watching this race, to be clear.
Reactions: knvb and Rangerforever

Dude said:
and we know he won't party the way he should party
Click to expand...

That's because you got him all healthy and shite for the R2S tour.

Tried serving the guy a vodka martini last time he was in town and he moaned.
A Belvedere martini FFS...
Reactions: knvb, TheRob, akslop and 1 other person

Jesus, thought he'd be all over that. Usually those cursed with deep pockets and T-Rex arms have no issue with Belvedere Vodka Martinis.

A nice 4 ouncer too.
Little bit dry with a wee splash of vermouth and some nice shaved ice chips after I'd shaken the shite out of it.

Then he wanted Riesling with his dinner.
Riesling?!?!
I fcuking told him you're getting a nice big California red with your hunk of meat and that was the end of that.

We had him home to your shop before 10AM I'm sure.
Thank Fcuk.

He did leave me an extremely mediocre bottle of Chardonnay in the fridge. He forgot to peel off the sale sticker, but his heart is in the right place.

Thankfully his heart is not in his pocket, he'd never be able to check it.

I've been advised he turned down your martini because he had a whole 50 KM ride planned the next day.

In a group of slow moving newish-to-the-sport cyclists. So slow I had to stop going because the training simply isn't good enough. Perspective: TheRob could have spent 2 hours walking around a soccer pitch with his step counter, at a moderate pace, and gotten a better work-out.

And, I warned him ahead of time that he'd be bored to tears, the pace would be so slow.

He should have gotten bombed.

Head to toe spandex too, I bet. Ponce.

Not cool to put that on TheRob, there is a dress code at RF's place, sign on the door.

I heard Uber was trying to petition to get into the race this year...
M

Canucks4Ever said:
I heard Uber was trying to petition to get into the race this year...
Click to expand...

hope so, 50 car pileup of their vehicles would be a good start...

Thinking of adding a trip to Monterey to ride mountain cycles and attend the race at Laguna Seca.